If you’ve ever taken a philosophy class, you’ve probably been faced with the “trolley problem”: A runaway trolley is headed toward a group of five people. You have the option to save them—but only by pulling a lever that switches the track over to where just one person is standing. Would you pull the lever? Most people, at least at first, will say yes. It’s simple math, right? Five is greater than one. The only struggle is the fact that you have to get over the compulsion not to kill, not to get your hands dirty. And that’s just your selfish emotions talking, right?

The “trolley problem” is supposed to be up for interpretation, but I always thought its framing made it fairly clear that you’re supposed to pull the lever. It simplifies the complex issue of intent vs. results, of means vs. ends, down to a mere mathematical inequality. In doing so, it makes our human instincts against killing feel illogical. As someone who knows she wouldn’t be able to pull that lever—knew it at 17 when I first learned about the trolley problem in school, know it now—I find it a little insulting and amoral. And as a fan of his anime, I suspect that Gen Urobuchi would agree with me. 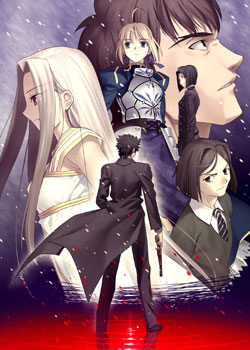 It’s easy to forget that I first watched Fate/Zero only earlier this year. The “Fate” franchise is the sort of thing that consumes you so much that you forget that you weren’t always familiar with it. Then I remembered this scene as I was preparing the “Vash vs. Legato” post that’s coming up in this series. It serves a similar purpose in being a moral argument about “pacifism” as a philosophy, but Urobuchi takes it from a very different angle.

Trigun, as I’ll explain in a future post, supports pacifism because of the idea that killing robs people of their free will to determine the course of their lives, and that everyone deserves that chance at redemption. (It’s a very Christian story, so it’s a big-time believer in the power of redemption and forgiveness. That’s why it ends the way it does. But more on that later.) Urobuchi believes very strongly in the human spirit and in free will, but not in quite the same way or for the same reasons as Trigun does. And so, when Urobuchi gets to be his most direct in pleading for “ethical killer” Kiritsugu Emiya to change his ways, this is how he does it:

Kiritsugu is the sort of guy who would never hesitate with the trolley problem. He’d pull that lever in a jiffy. The Holy Grail shows him why he’s wrong when it turns the trolley problem on its head, by repeating it to the point of uselessness. Even if Kiritsugu continues choosing the option where he kills less people, he’s still ultimately killed the majority of the people in total. It shows the folly of reducing this issue to a math problem—because if you make a life philosophy out of this, the math doesn’t even check out, anyway. You’ll eventually have killed far more people than you’ve saved.

And that’s exactly what Kiritsugu has done. The “long trail of bodies” Kiritsugu has intentionally left behind him is more his legacy than the people he supposedly saved with them. Violence can’t solve violence, the Grail tells him; only ending the cycle in the first place will do that. Urobuchi makes more philosophical, less mathematical arguments for this in Fate/Zero and many of his other series (Bobduh has a good post about this topic on his blog). But I thought it was neat that Fate/Zero showed that even from the math front, even when you do reduce the issue that way, it still fails if you set up the numbers like they’d check out in the real world. 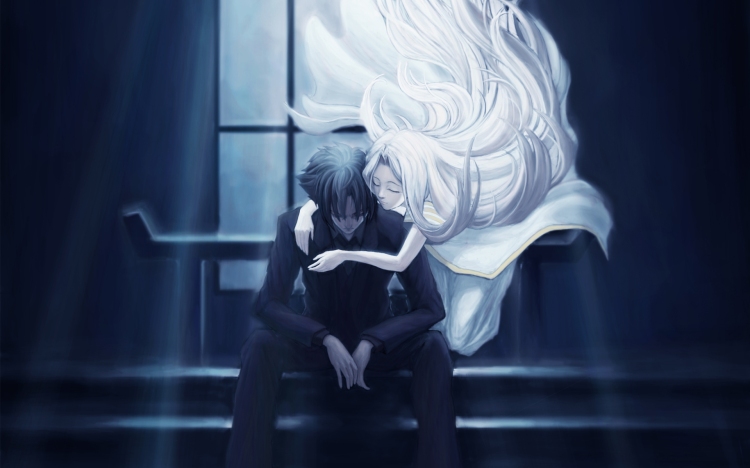 Irisviel knows better than you.

So if I were to teach a Philosophy 101 class, I think I would try to find a way for my class to watch Fate/Zero, or at least the relevant bits of it. (If only it were an easier show to chop up like that!) Maybe then my students won’t all see the “trolley problem” as one with such an easy answer. Maybe they won’t think that dispensing with what makes us human is the inherently more “logical” choice.

For the longest time, Type-Moon was a mystery to me. I would hear fans talk about Fate/Stay Night, a lady King Arthur, and some other in-jokes I would not get at all until recently. The problem with Type-Moon is that to an outsider, its material was daunting. The works of Kinoko Nasu form a weird universe of different stories akin to Marvel comics, and the fandom is very similar to comic book fans. Obsessed with worldbuilding, sequels and spin-offs, and eager to explain every banal detail of their fan knowledge, I was never too keen on experiencing anything from Type-Moon’s catalog. That is until Fate/Zero got an anime adaptation a few years ago, and the world of the Fate franchise was opened to me. It was the rare prequel that was good and could be appreciated by established fans and newcomers alike. I’m still obsessed with the characters Rider and Waver, who made for an adorable odd couple with Rider’s unwavering dream of conquest and Waver’s journey of self-discovery.

Given that Fate/Zero was a success, it was inevitable that another Fate anime would be made, and of course it would be Fate/Stay Night, the original story that Fate/Zero was created to lead into. Yet I dreaded this adaptation. Having experienced the visual novel earlier this year thanks to a stream some of my friends hosted, I thought the show was going to suck, because honestly the visual novel sucks. Bad prose, terrible inner monologues, toxic misogyny, and terrible pacing made the visual novel unbearable. It was clear to me that Gen Urobuchi, who wrote Fate/Zero, was a much better writer than Kinoko Nasu. Nasu’s universe of Holy Grail Wars and Heroic Spirits is a neat concept, but he was not the best choice to execute those ideas, and certainly not in visual novel form. Fate/Stay Night isn’t even very good at being a visual novel, with there being very few player choices and only three different routes. Wouldn’t it be cooler if there was a different route where a different master wins every time? Wouldn’t it be better if there weren’t any terrible comedy vignettes based around Fujimura? 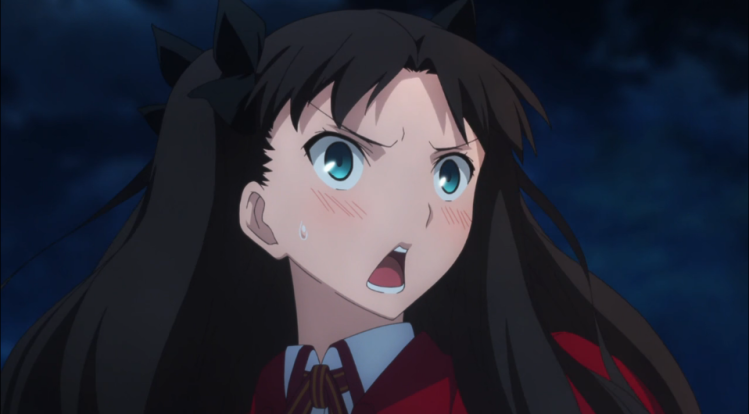 Turns out ufotable knows how to turn shit into gold, as so far Fate/Stay Night: Unlimited Blade Works has been one of the best anime I’ve seen this year. The story hasn’t been significantly altered, but the change in format and the changes to the plot have fixed the story. The biggest issue, Shirou, has been fixed. In the VN, he was an insufferable protagonist because the player is forced to read through his redundant inner monologues about every single detail in any given scene. Worse, he framed everything in gender-essentialist terms, reducing all the women in the cast to their gender and telling King Arthur herself that she should be more feminine. None of Shirou’s sexism is in the anime, and he is immensely more likable for it. The anime also benefits from having gorgeously animated fight scenes in place of the VN’s hilariously cheap flashes of light.

I’ve grown more attached to the story of Fate/Stay Night than I expected to. I’m currently playing through the visual novel just so I can more thoroughly compare it with the anime, and everything the VN does, the anime does better. However, I continue to be nervous about some upcoming events in the anime. In the VN, there’s scene involving Saber, dresses, and sexual torture and I really do not like it. They’ve avoided the sexism of the VN by removing unnecessary dialogue, but some scenes in the VN are inherently sexist for the actions committed by certain characters not named Shirou.

I have faith in ufotable though, and I’m actively rooting for Fate/Stay Night to remain good. I think I may be a Fate fan now. Right now I’m planning to check out the Garden of Sinners movies, based on light novels written by Nasu, and there’s a cornucopia of Fate spin-offs that have not been adapted into anime that I’d like to see in that format. I’m not so blinded by fandom that I’m willing to try the magical girl spin-off or overlook how problematic Nasu’s writing is, but he’s created an interesting universe with some cool ideas that I’d love to see explored. I can’t help but love the idea of Alexander the Great and other historical and mythological figures duking it out for the Holy Grail. Urobuchi was able to use his talented voice to turn those ideas into gold. If other writers, like the ones at ufotable, can do the same, I’ll be sure to check out more Fate for awhile.